In the searches related to my painting art I have arrived at a special “relevation” technique. This process evokes some of the mystery of the photo darkrooms that predate the digital age, when we eagerly anticipated a surprising moment as we watched the film developing. And we hoped that it would reveal an image had that “slipped our grasp” – something that the human eye does not or cannot actually see but which appears in the frame from a world beyond our senses. When painting, I used the canvas similarly as a base on which to capture images and emotions that came from a world “beyond the canvas”. When painting, I often turned the canvas over, and thus, my paintings include images and colors that have seeped through from the other side. My paintings are aquatic in nature, similar to darkroom developing trays, because I use lots of water and natural pigments in my paintings. Sometimes, my studio is literally flooded, and therefore, whenever possible I paint outdoors. In my earlier paintings, I would work with a canvas until it showed signs of wear; I was trying to arrive at the world behind the frame and to transcend the formal boundaries between the two worlds. In my paintings from that period, I wore the canvas down to its limits in the intensive painting process, whereby a play of colors appeared on the wall behind the canvas through the worn patches. There was also a kind of psychoanalytical wish behind this radical use of the canvas – a wish to be freed from the past through the painting, by going into the depths and even further. 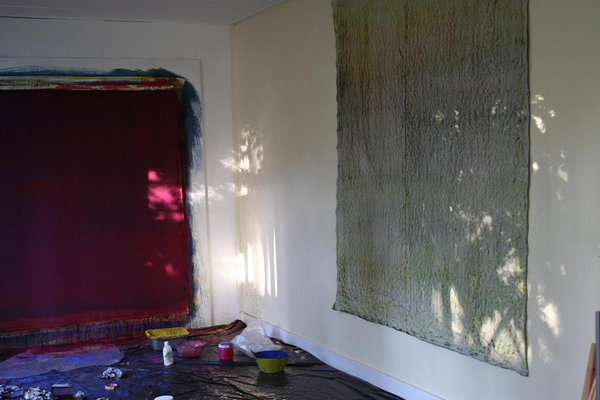 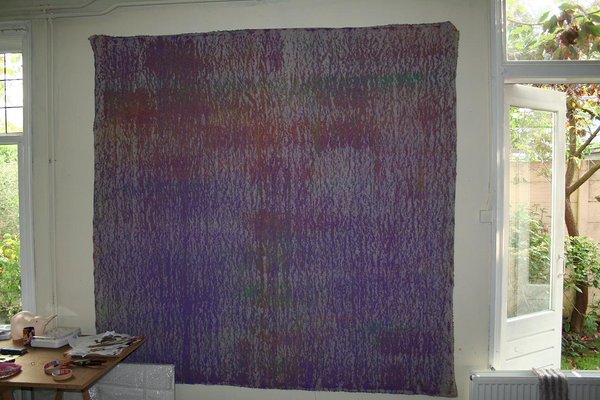 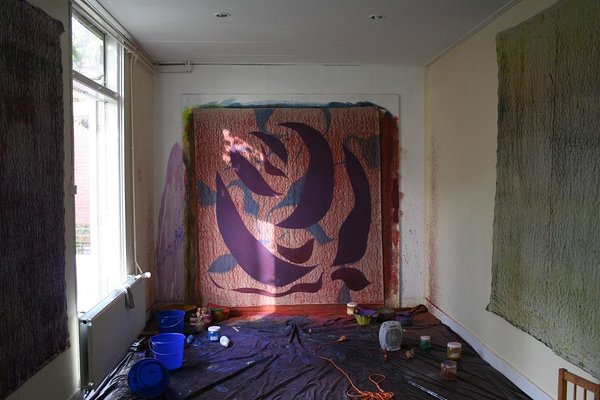 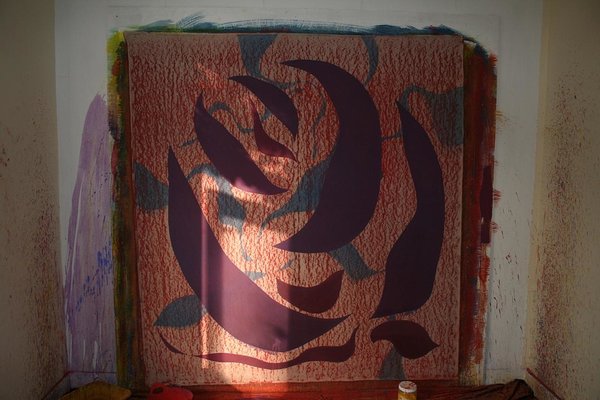 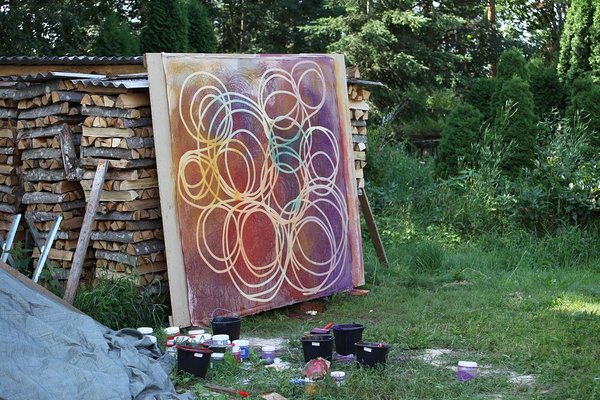 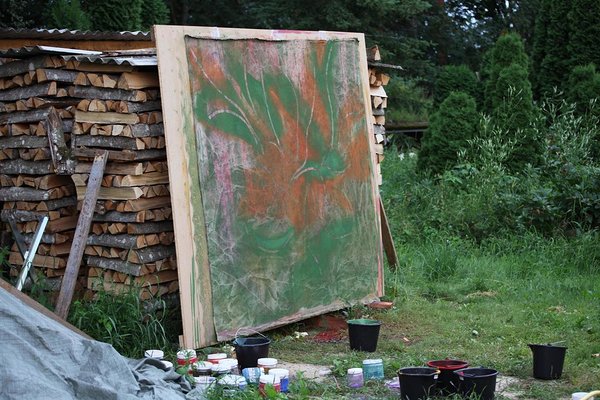 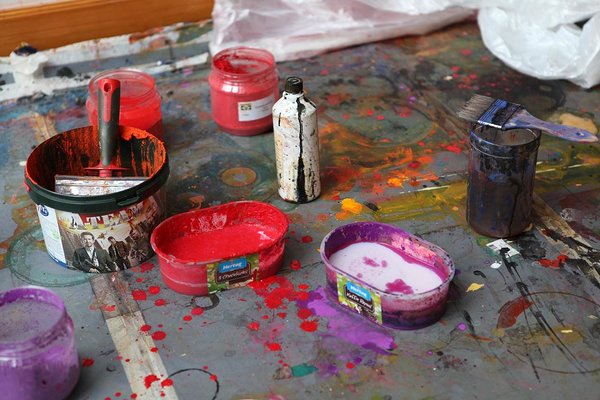 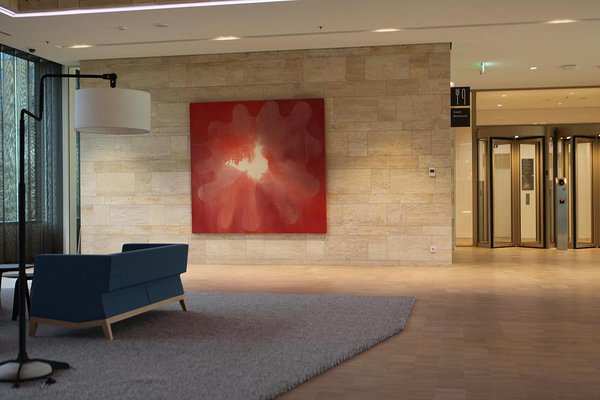 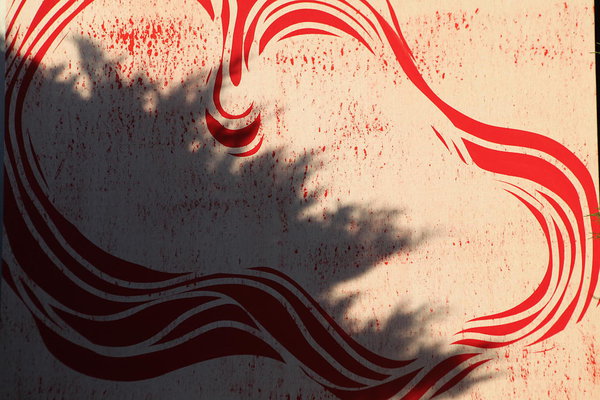 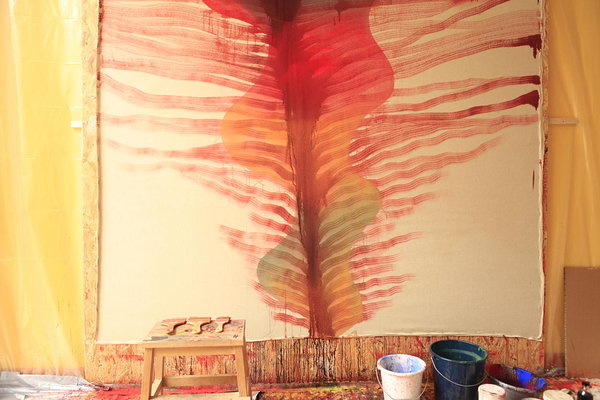 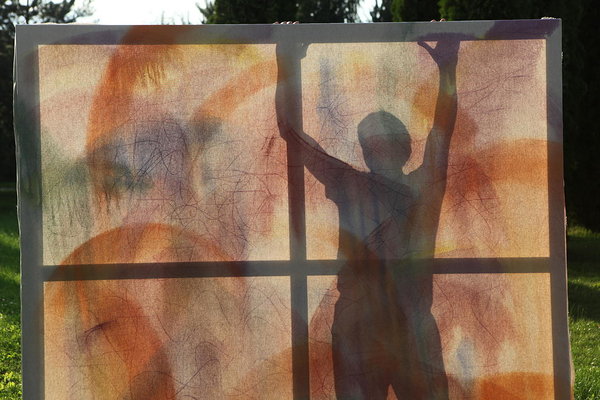 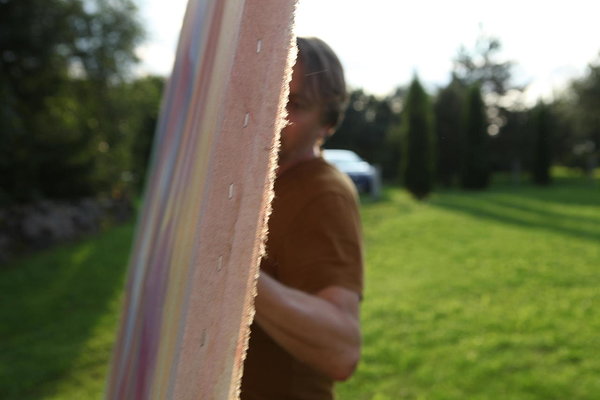