The Treasure of St. Lawrence within the windows of a Kuressaare church

Project: Fourteen glass paintings for the Kuressaare St. Lawrence Church. All the church windows were completed in 2000-2003.

St. Lawrence was treasurer to Pope Sixtus II. After the Pope was assassinated by the Romans, they demanded that St. Lawrence turn the Church’s treasure over to the Roman Emperor. Lawrence, however, distributed the treasure among the poor and then, accompanied by a great number of beggars and cripples, went to see the Emperor and told him, “This here is our treasure.” St. Lawrence died as a martyr in Rome on the 10th of August 258 AC. A platter with gold coins is one of the symbols of St. Lawrence.

Built from the 18th to the 20th centuries, the architecture of Kuresaare’s St. Lawrence church is not noteworthy, but rather eclectic and characterless. Until very recently, it was not even under historical protection. The riches of Kuresaare’s St. Lawrence are not material, but are to be found in the congregation, whose fervent faith has spiritualized this building through different eras.

What this gray and somber church needed was radiance – sacredness.

At the same time, the eclectic decoration required minimal intervention, to avoid adding any dissonant elements, while making it a bit more elegant using only window glass. Therefore, the wooden window frames were preserved in their original form.

I worked with only glass material and glass painting. Abstract glass paintings were painted with gold on 4-millimeter window glass and thermally fixed at 780 degrees. In total, I painted 300 glass details using various methods, from which the compositions of the stained glass windows were composed by trial and error on site.

In daylight, the richly toned golden paintings resemble ink drawings, which echo the patterns of the Saaremaa marble-dolomite and marblizing which has been used sporadically in the church. In the sparkle of the chandeliers, however, the choir windows create a golden frame for the altar, becoming ever more golden as the exterior light dims. 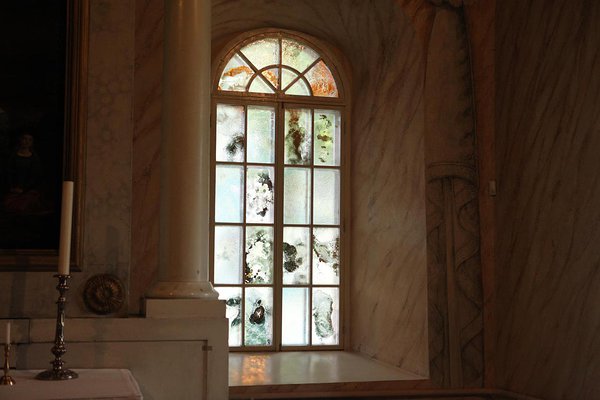 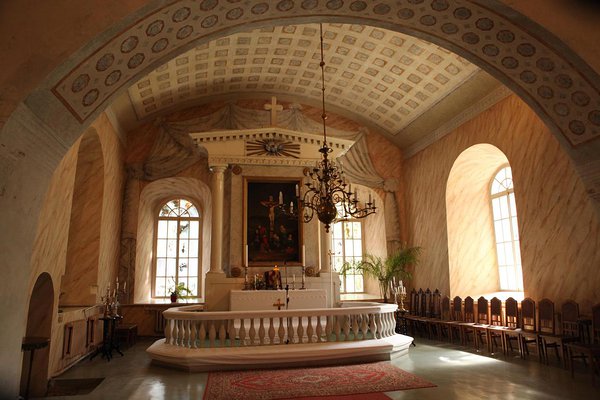 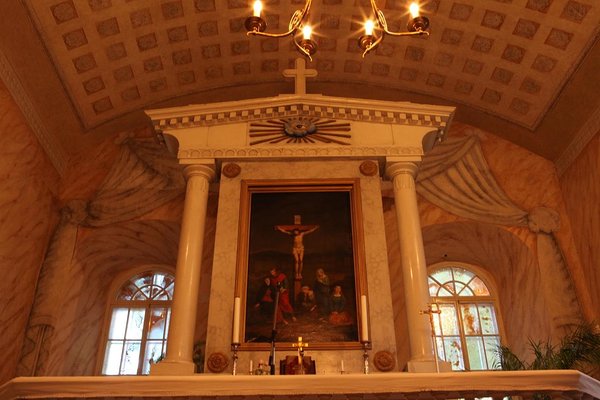 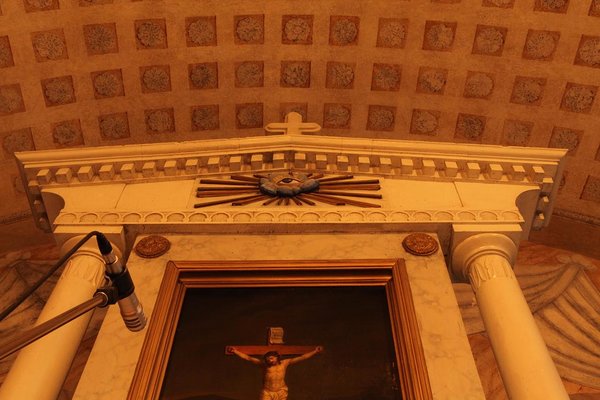 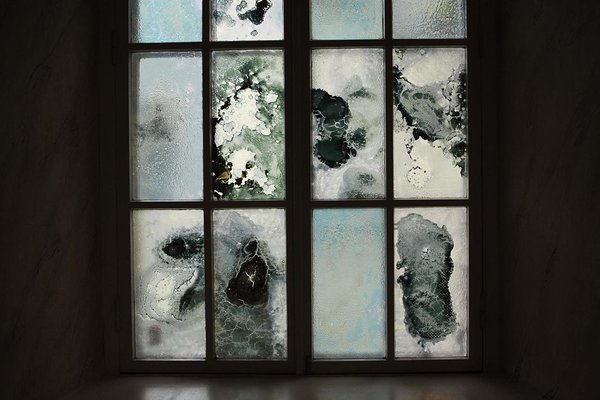 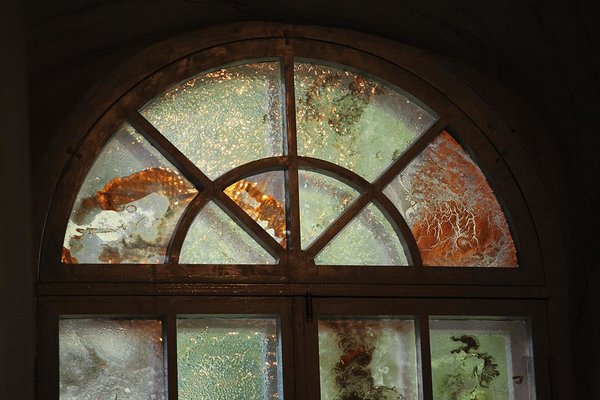 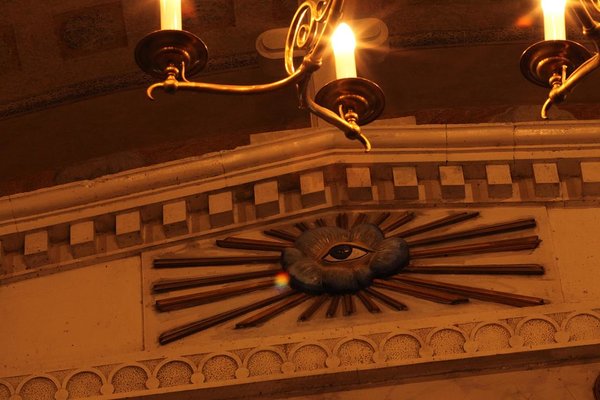 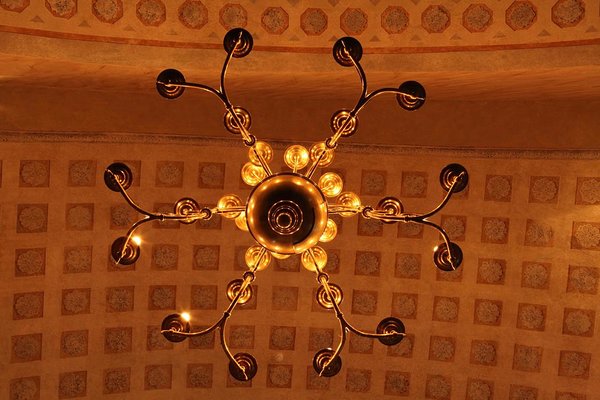 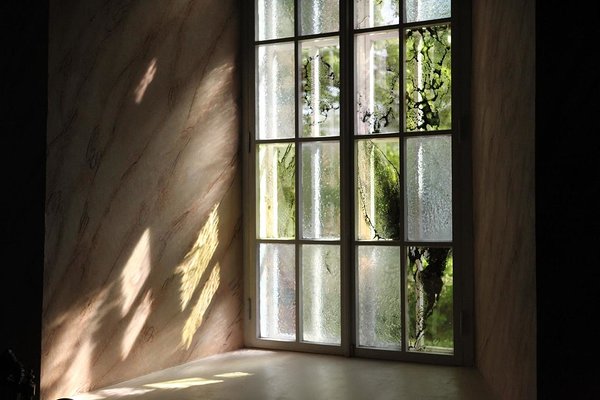 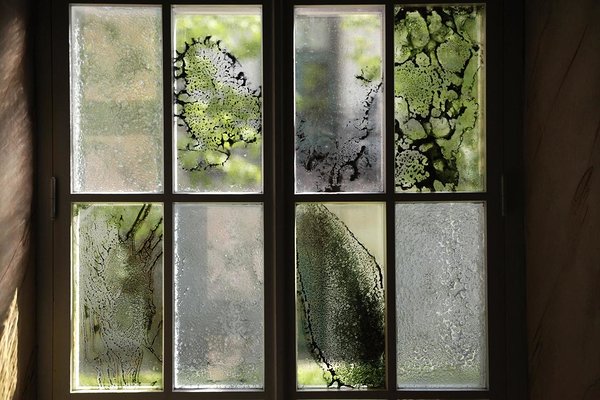 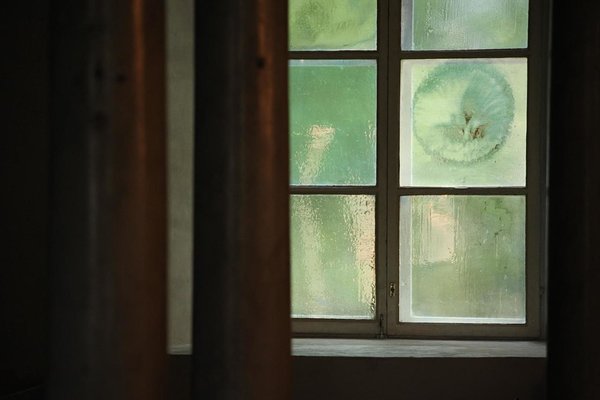 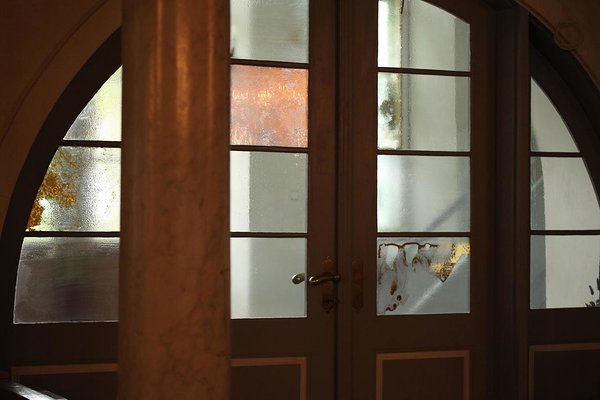 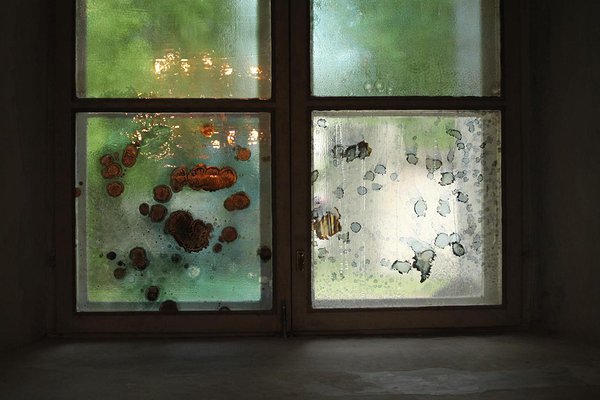 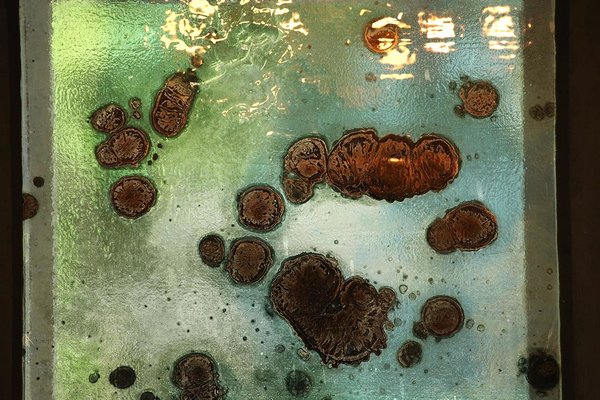 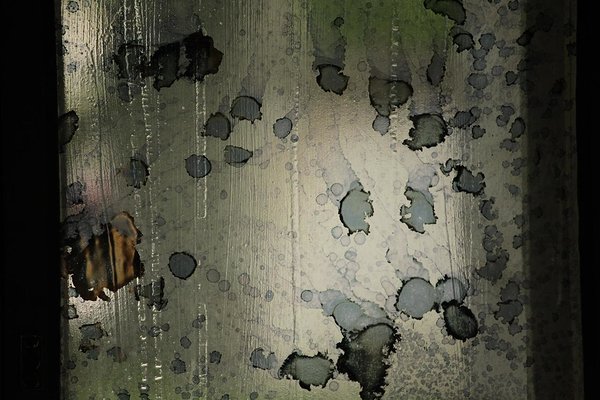 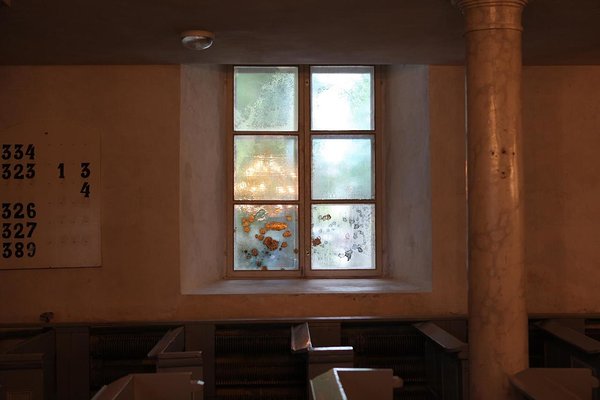 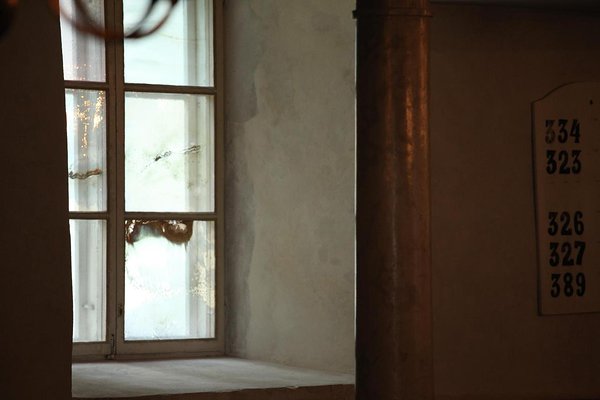 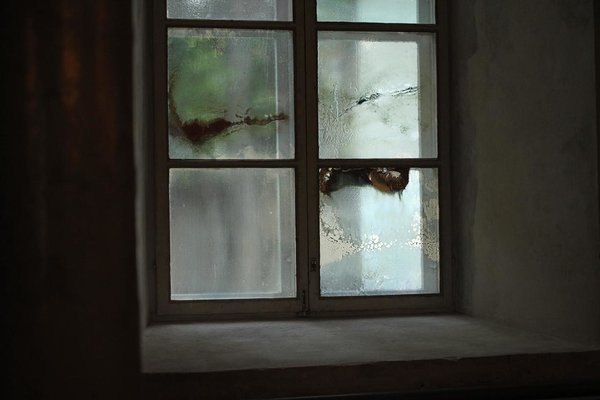 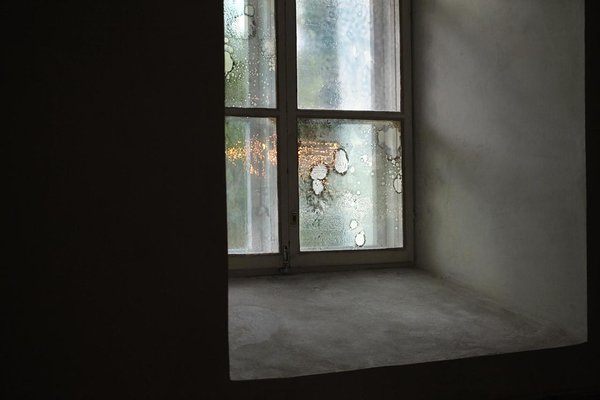 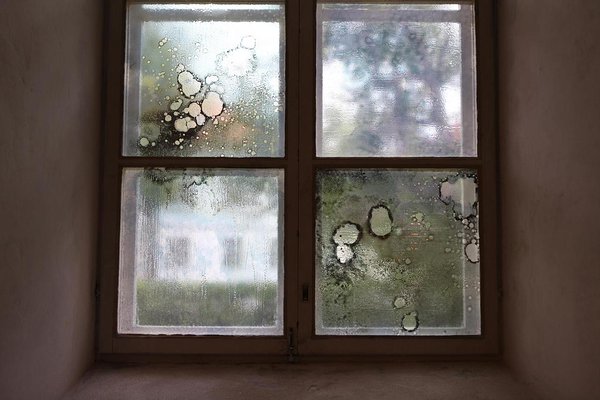 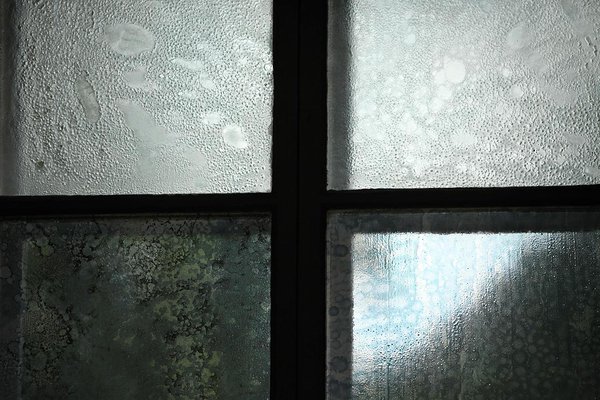 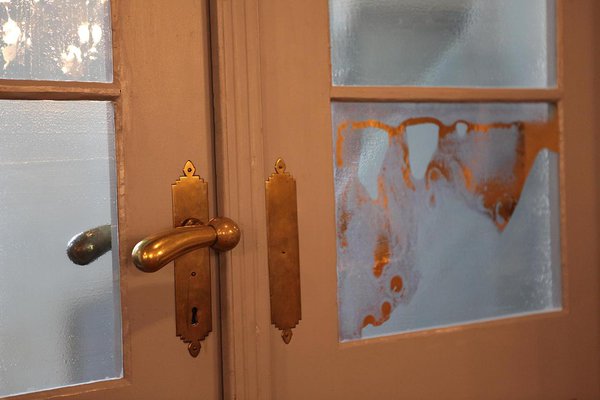